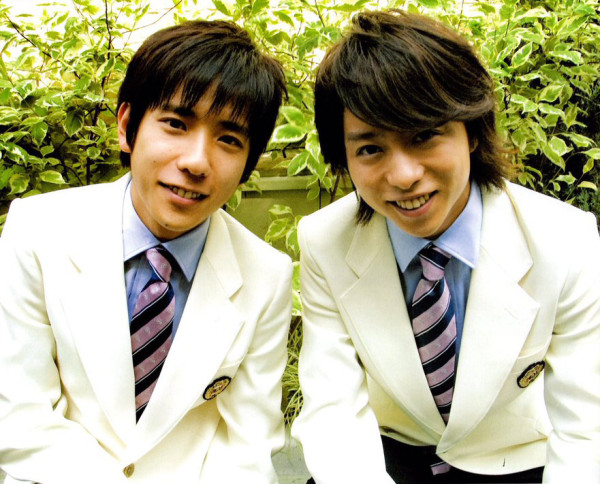 Yes, the very first dorama I watched featuring Sakurai Sho was actually Yamada Taro Monogatori which also stars my ichiban, Ninomiya Kazunari. To be totally honest, it was not a favourable introduction to Sakurai's acting abilities. I was new to the whole Japanese dorama experience though and my expectations might have been set a little too high at the time but I was disappointed with Sakurai's role. All he seemed to do was walk around, lurking in Taro's shadow, and smiling on camera alot. Later, this rather embarrassing opinion was turned on its head but I will explain how that happened as I go along.

When I look at Sakurai's acting work on the DramaWiki and AsianWiki websites, I realise that I still have a long way to go when it comes to watching his doramas and movies (my list therefore will be small, but I definitely plan to rectify this in the coming year). The second dorama I watched was Kazoku Game and Sakurai's role as Koya Yoshimoto was two parts mesmerizing and four parts freaky. Sometimes he made me laugh so hard and other times I was cringing behind a pillow because he is so good at being sadistic. But the compilation of his "iine" lines on YouTube really is one of my favourites of all time. I've shown it to all of my English friends and they all laugh heartily.

After a few more of his doramas were under my belt, I came to the conclusion that Sakurai is perfect for roles where the character is slightly unhinged and even ones with murderous intent. He has psychological drama roles down pat because he just plays them perfectly. A few months ago I re-watched Yamada Taro Monogatori and I found Sakurai's role to be much more pleasing and tolerable. To me I noticed how complimentary his role was to Taro's story. The quiet observer and silent partner, if you like. It was then that I understood why he spent so much of his time standing around smiling! haha

I have also seen the following Sakurai Sho doramas and movies - so far:

I am looking forward to seeing Sakurai in Kimi ni Sasageru Emblem very very soon! And I would like to see more of his acting, and thanks to a very nice Arashian I have come to know in recent months, I am very eager to see him in Honey and Clover.