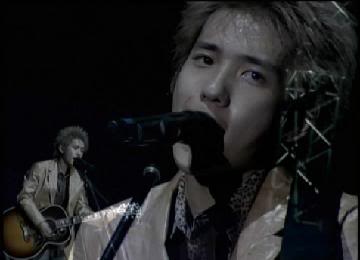 I recently marathoned the Bokura no Yuuki drama from 1997 after all the hype on Twitter surrounding Aiba and MatsuJun for the 2017 SP. I have to confess I've not really had a lot of in KinKi Kids before then but after watching the 1997 drama, that all changed and I even downloaded a few of their songs (including Aisareru yori Aishitai) for my iPod. That said, I did know one of their songs well before watching the drama and that was Zenbu Dakishimete (but that was only because of Nino's cover of it for Mago Mago Arashi).

I was also aware that Nino had co-written a song with Tsuyoshi Domoto but I didn't really sit up and take notice of that piece of incidental trivia until I saw Tsuyoshi in Bokura no Yuuki. When he played guitar and sang in episode 6 I was totally mesmerized. His vocals just spoke soulful volumes of pain and torment to me and naturally, it captured my full attention. It was not much later that I realized he co-wrote Regress of Progress with Nino.

Regress of Progress is such a beautiful song, the lyrics are powerful yet harrowing and the guitar is sensational, both by Nino in his live performance and Tsuyoshi who I believe is in the VTR playing behind Nino (correct me if I'm wrong). I've been given permission to reproduce the lyrics here for my post but I will only use an extract {My heartfelt thanks to yarukizero for her kind permission}:

You gathered the pieces of my heart and put them together

Just what is it that you can see from them
Come on, can't you tell me?

Passing my time idly, trying to fool myself

Because I wanted you so much, I can't sing alone anymore

Every time I was moved by your "I love you's", both you and the city appeared distorted 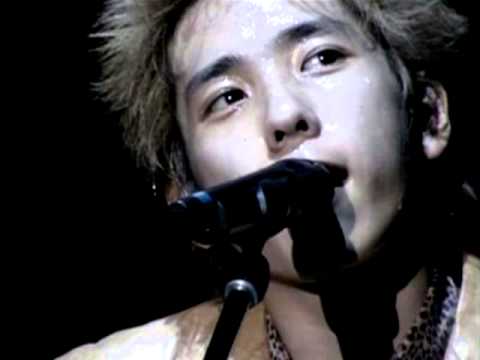 Nino performing Regress of Progress (image found on youtube.com)
The lyrics are just so tormenting but only Nino can sing them. Out of all the Arashi members, he is the only one who can pull off those "broken heart, unrequited love" vocals and lyrics, let's be honest. His vocal style has a haunting edge to it that sounds like his very soul is breaking out of his chest. Like Tsuyoshi, Nino has a way of sounding soulfully tormented when he wants to.

I was extremely happy when I finally found a decent mp3 version of Regress of Progress which is now on my iPod, and I also recently found the live performance which I have watched several thousands of times. I only wish that a polished-up, studio recording of it actually existed (and if it does, please share it with us *onegaishimasu*). A studio co-production by Nino and Tsuyoshi would be on the very top of my Johnny's collaboration wish-list.

As a footnote, I was actually wanting to write this post back in early July but I got distracted with real life issues, a two-week holiday, and some more real life. But it wasn't ever forgotten so I hope I made it sound the way I had envisioned it back then when it was still fresh in my mind.