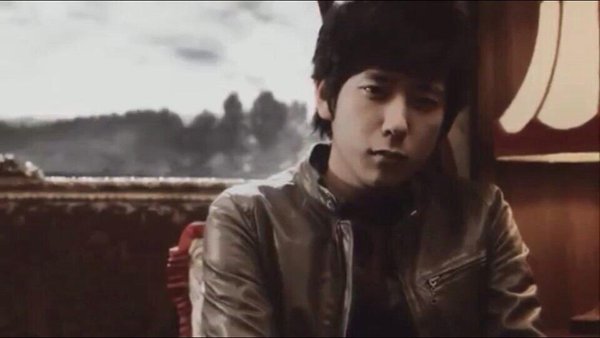 Last time I mentioned my introduction to the world of Arashi, when my daughter and I discovered those hilarious Japanese rogues were actually famous idols. It opened the floodgates for me and I quickly became obsessed with finding out everything I possibly could about them. The first CD I bought was actually a Christmas present for my daughter (she was seriously into Ohno then) and it was Your Eyes. But the very first song I heard all the way through was Bittersweet. This song holds a very special place in my heart, as it was the very first Arashi promo video (pv) I watched and oh boy, I fell hard. As it would turn out, a hell of a lot harder than my daughter who quickly turned her attentions elsewhere.

Funny story though, while I was watching the Bittersweet pv the first few times I kept staring at this one particular guy but it was really beginning to bug me who he was. As I watched it a few more times I kept whispering, "Who is that guy? I know him from somewhere". My daughter did a quick Google search and when she showed me the list of Ninomiya Kazunari's movies and television dramas, I couldn't believe my eyes when they locked onto the word GANTZ. I was stupified to say the very least! But why didn't I recognise him from VS Arashi, you ask? Well, for one thing he is a completely different person on the game show. As I began to take more notice of the Arashi members on VSA, I thought they were all pretty darn cute but yes, Nino had always stood out for me. Once I realised he was Kurono Kei though, I was instantly and totally in love. And yes, I'm still in love.

Following on from my first single purchase, along came my very first album purchase:The Digitalian. I could wax lyrical about my feelings when this album came in the post for me, unwrapping it from its packaging and turning it over and over in my hands. I was as smitten as a kitten. That album is responsible for turning me from a daily genealogy researcher/writer into a crazy, fully-fledged fangirl. The songs I had on my iPod were all removed and The Digitalian took its place. I played it over and over again and I still couldn't get enough. Then a buying frenzy began and I ordered the Love, Popcorn and Beautiful World albums as well as Lotus, Monster, and Face Down, all in very quick sucession. I had the best Christmas presents ever that year I can tell you! ^^

In the New Year of 2015, I had already ordered some of their live concert DVDs: Love and Beautiful World. When they arrived, one by one, I had absolutely no idea what would happen to me next. But that will be a tale for my next posting.